The most fascinating potential alliance announced this week: newly-elected New Jersey Senator Cory Booker, and the conservative Senator Rand Paul of Kentucky. While holding true to his reputation and threatening to block Janet Yellen’s appointment to the Federal Reserve chair–Paul has made some interesting statements about mandatory drug laws. He sees how generations of men of color have lost the chance at life within prison walls. Booker says he wants to work with Paul to eliminate these laws. 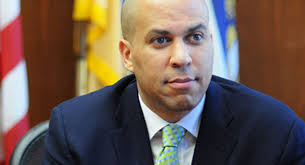 I came face-to-face with the workings of mandatory sentencing recently–called to jury duty in New York City. It had been years since I served. Back then, after spending an inordinate amount of time trying to dodge service–the rumor was that reporters didn’t or shouldn’t serve–when I finally got on a case, I learned so much about our judicial system that you can’t learn from books. For instance, one has to experience the machinations of the collective mind of a jury to fully understand the sometimes whimsical results. The law, like life, can be unfair.

Last week  I was somewhat surprised to find myself being interviewed to sit on a jury that would decide a drug sale case. The charge: the sale of crack cocaine in the 3rd degree on the lower east side. of Manhattan, The defendant: a Black man. The potential witnesses, as read out by the judge: a virtual army of undercover cops who participated in the buy. Sitting in the jury room: about 50 New Yorkers, the selected of whom would spend, as the judge predicted, at least the next week determining the defendant’s guilt.

In the voire dire, the process by which potential jurors are selected, we were asked if we held any views–or knew anyone who influenced our views–that would prevent us from judging fairly, based strictly on the law.  I responded that I vehemently opposed mandatory sentencing, and furthermore objected to the wildly discriminatory results of Stop-and-Frisk as employed by the NYPD. As for who I knew, two of my heroes are Christina Swarns, (left, below) of the NAACP Legal Defense Fund who (successfully) represents death row clients, and Nina Morrison of the Innocence Project, whose work has freed many the innocent person wrongly convicted and imprisoned in this country. 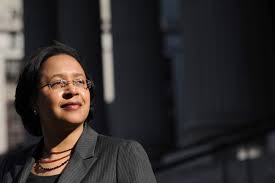 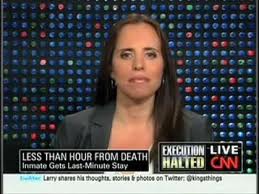 Needless to say, I was the first person excused from serving–and was ultimately told, we’ll see you in six years.

At lunch break that day I was joined by a young software programmer who had somewhat agreed with me during the voire dire (and  was also excused) and we talked about the sentencing laws. His question was, well, what can we, ordinary people, do?

I said, I think we just did it.